I met Cyndi, one of the authors of CC Tillery at a writers group. I thought we connected as we have several things in common. We are both authors, we both love animals, we both enjoy where we live and we both value family.

I don’t remember how many titles Cyndi had out when I joined the writers group, just that she was a member and an author long before me and had experience in areas of writing I didn’t even know existed. Some of the gals from the group started meeting for lunch before the meetings and she mentioned she wanted a new cover for one of her angel series books that she pulled from print. She described it and I started working on it. She liked what I came up with.

I’m not sure of the sequence of events because we were both working on our own books and I was hired to do a cover for another group member but when it came time for Cyndi and Christy to release Beloved Woman they gave me the opportunity to design the cover.

I’d read Whistling Woman and I think Moonfixer at this point so I had some idea of the mood of the series. Starting an idea board or style sheet was my first step. Pinterest works great for this too especially if the author and I are collaborating long distance. Choosing a text style came next. I looked at this title and book #4 Wise Woman in case I was hired for that cover also. I listened to what this third book in the series was about and bounced ideas off Cyndi.

The biggest request was that Bessie, the main character in their series be on the cover. She showed me some photos of Bessie in the right time frame over lunch and I knew I wanted to work on the one that was actually a postcard. Since this book was the third in the series I wanted to keep the old look but wanted to start more of a theme with the series.

Not sure why ‘beloved’ made me think of blue but it did. I made one proof in blue and one proof in brown and they let their readers choose. Hands down the brown won. Not quite being ready to throw in the blue completely I used it with the brown. This was an old small family photo postcard that needed editing. It needed people removed, damaged parts repaired and contrast added. I added part of the postcard on the front and a photo their dad John Tillery painted to the back. The front texture behind the photos is leather and the back texture is from a photo I took of Queen Anne’s lace because Bessie uses herbs, flowers and such in the books in her Cherokee medicine.

I designed a series and imprint logo to complete the design.

Both Cyndi and Christy are very generous in the freedom they give me to create a cover.

They also typically give me plenty of time to let my ideas stew. After the cover for Beloved Woman, they hired me to redesign the second book in the series Moonfixer.

Check out the Appalachian Journey series by CC Tillery, but remember this is the 3rd book in the series and they’re better if you read them in order. http://cctillery.com/tag/appalachian-journey-series/

If you are interested in having a cover designed or image for your book, visit Design.KimberlyMaxwell.com for more info.

It’s Caturday and I can’t think of a better day to tell you about my new book.

You Had Me at Meow; Considerations before Adopting your Cat, encourages responsible pet ownership and discusses questions to consider before adopting, taking in a re-homed cat or a rescue, bringing in a stray or searching for a breeder.

This  quick little read will hopefully create awareness of the lifetime commitment. If you already provide a loving home but know someone who could use this … please share.

Available NOW exclusively at Amazon. You do not need a Kindle to read it. Use free Kindle reading apps to read on your computer, tablet or even your phone.

I was pulled to write this book after hearing one too many times about cats being surrendered or abandoned. Shares, likes, and reviews are appreciated. And a big shout out to Cyndi Hodges for the editing help.

That pretty cat on the front is my first cat, Skeamer. She is only with us in memory but I’m thankful for the 17 years we had with her.

Take eight minutes to watch a modified version from my presentation at Blue Ridge Bookfest on book cover design ~ https://www.youtube.com/watch?v=B6amLnYOjV0

Hoping you found something of use and I thank you fro watching,
Kim
http://design.KimberlyMaxwell.com

I uploaded the same video in two speeds yesterday.

If you’re an author you might find some useful info ~ Click here to go to the channel.

My most recent cover design was a redesign of the second book in the internationally bestselling Appalachian Journey series by CC. Tillery.

Not only did I enjoy designing the cover, I enjoy the series too! 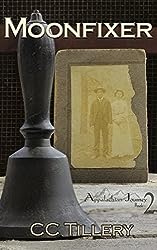 “We did our own cover for the first two books in our Appalachian Journey series, Whistling Woman and Moonfixer, but after they became best-sellers on Amazon, we decided we needed to go with a professional for the third, Beloved Woman. And boy, are we glad we did. Kim’s cover for Beloved Woman is gorgeous and she did so much more than we expected. From the series logo (which was her idea) to the layout of the front and back to the square cover required for the audio book, everything she did is beautiful and perfectly reflects the theme and setting of the books.. All we had to do was share some pictures of our main character with her and she came up with the idea for the cover, designed it and even gave us options (which we shared with our readers on our blog and Facebook page and let them vote for the one they liked best). When the choice was made, she sent us several pictures of the cover as an e-book and the full flat for the print version, and she included a logo for our publishing company, Spring Creek Press.

We can’t say enough good things about her design and the ease of working with her. She made this book a true joy for us and if you’ve ever struggled to do the many variations of a cover for a book, you’ll understand what we’re talking about. We recommend her highly and you can be sure we’ll use her for any future books in the series!”

I have to add that these two  woman, are a joy to work with. Open to ideas, pleasant and computer literate. They had an idea of what they wanted and know their audience and that made my job easier. I also happen to be one of their many readers who enjoy this best-selling series. Kim

Click here to read the books  and follow the Tillery sisters Appalachian Journey series at https://whistlingwoman.wordpress.com/  and https://www.facebook.com/appalachianjourney

Kimberly H Maxwell worked in furniture sales and interior design for twenty years. Fifteen of those years, she was the sole proprietor of a local, custom order furniture store. She helped customers design their furniture and handled every detail, including designing ad copy. Kim studied interior design and has an eye for color and design. After choosing to close her retail business in 2008, she had a desire to make a coffee table photo book, but it evolved into a full-fledged detailed book about Ragdoll cats.

She authored the books, The Friendly Floppy Ragdoll Cat, one being a hardcover and the other an abridged paperback version. Her books can regularly be found on Amazon’s best sellers list, under cat breeds. She designed her own book covers and book interiors with over 700 photos and found her passion was still in the design elements.

Kimberly is a professional member of CWA, the Cat Writers Association, several Ragdoll cat groups, writer groups, camera and photography clubs. She has even won a few photo contests, and in 2014 she led Scott Kelby’s World Wide Photo Walk.. She has invested time learning and continues to study Photoshop, InDesign, OnOne, Topaz, Nik and Lightroom.

She lives in the Western North Carolina mountains with her husband of 25 years and their two cats. In addition to her love of animals, especially cats, and horses, she values spending time with her family and friends and has a heart for Jesus. She finds joy in all aspects of design, reading, walks, easy hikes and the crisp colors of autumn.